After a week of multiple shows and tapings each night of the Santa Barbara LOL Comedy Festival, our big reward was watching Jim Jefferies at the Arlington Theater on State Street. Q Magazine once called him “Britain’s most offensive stand-up comic” a title he proudly displayed on the cover of his DVD.

Jim arrived at the theater with his girlfriend Kate Luyben and 20-month-old son, Hank.  They ordered a vodka soda, pinot grigio and an apple juice.  I’m not sure who got what, but I’m just saying Hank had zero social anxiety.

Jim’s new special “Bare” released on Netflix just two days before this show, and most of the crowd had just pre-gamed it. That meant all that material was off limits for Jim, who had no problem testing out a new 100 minutes of never-recorded material. It was truly an amazing set, as Jim has a stunning ability to make you laugh at things you’ve been told you should laugh at.

Then, somewhere between C-word-laden tirades on his morbidly obese mom and tales of his penis cancer, Jim heard his son yell “Daddy!” In a few moments, the mood went from caustic to cute as young Hank hopped across the stage to join his dad at work.  It was more adorable than Jim’s description of his bandaged penis.

After this hilarious emotional roller coaster, I got the chance to interview the Jim (clip coming soon). 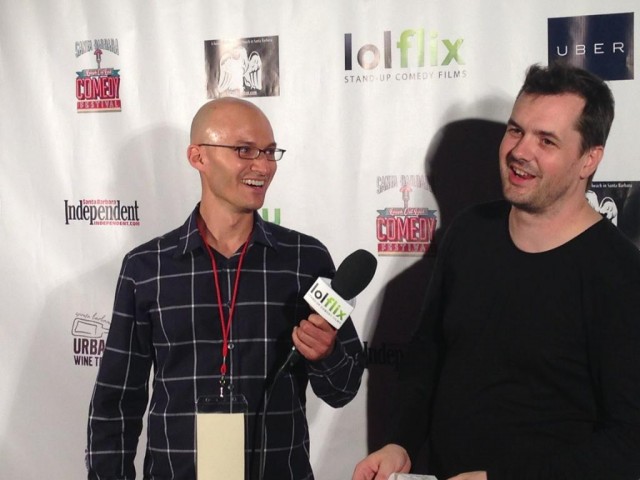 As you can see, he absolutely loved me. 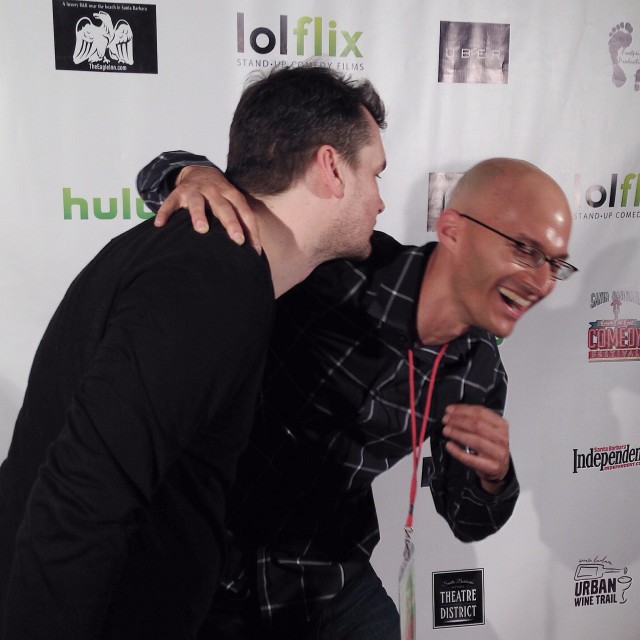 As many remember, Jim launched into the international spotlight after an angry patron attacked him on stage at the Comedy Store in Manchester, England.  It’s nice to see a guy who pays it forward. I’m just grateful it was with his lips rather than his fists. 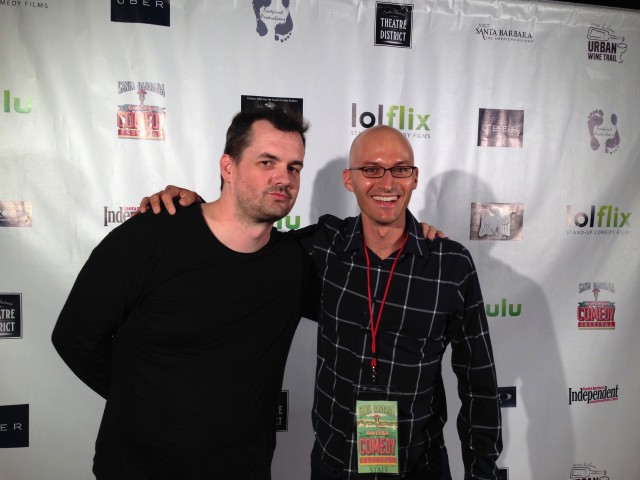 It was a perfectly odd ending to a celebration of things that don’t always match.  But one thing’s for sure: The Santa Barbara LOL Comedy Festival was a perfect fit for this town.  We received so much love and appreciation from this town.  I think we created a lot of good memories for the community and ourselves.  It was a massive undertaking that could only have been pulled off by a lot of talented, hard-working people.  My only regret is not interviewing them to expose their greatness.

Luckily, festival mastermind Scott Montoya of LOLflix is already planning for next year, which will be even bigger and better! 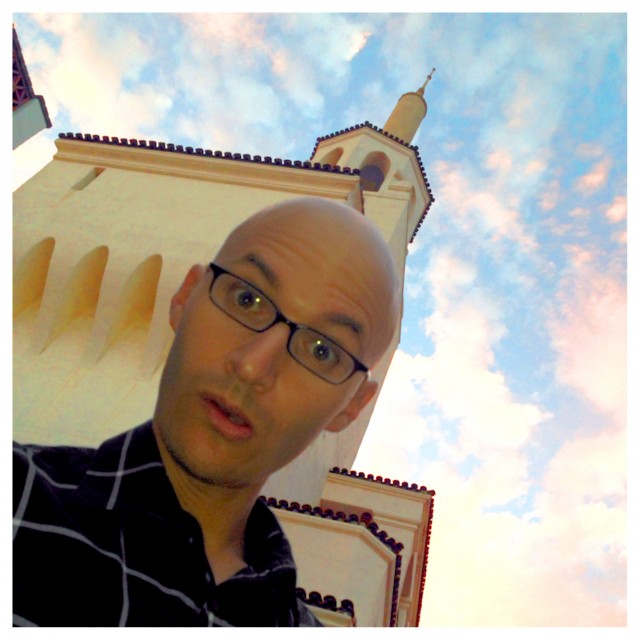 Watch my comedy special, Surrender to the Blender on LOLflix.