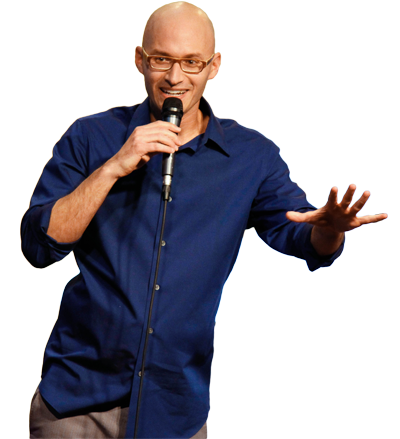 Multimedia and comedy collide on stage as Eric Schwartz unleashes a cutting-edge performance filled with musical comedy, physical antics, multicultural satire and social commentary.  “A charmingly nerdy cross-cultural comic,” (Yakima Herald) Eric has emerged from his Jewish and Latino upbringing in Southern California suburbs to earn the description, “Everything there is to love about entertainment” (First Order Historians). With appearances on The Tonight Show, Showtime, Comics Unleashed, BET and more, GQ India names him one of “5 International Comics You Must Catch.” His viral videos have aired on E!, G4, CNN and more, while YouTube named him one of its prestigious NextUp Creators. Forbes.com applauds him for having “a minor industry in pop music parodies.”

WATCH MY VIDEOS!
I SHOW LOTS OF SKIN.

Mona Tavakoli is a world-renown percussionist, vocalist and songwriter from the band Raining Jane, which tours and creates music with Grammy-winner Jason Mraz. Mona also plays worldwide with the legendary Iranian folk singer, Ebi. Highly regarded as one of the world’s premiere cajón players (a Peruvian percussion instrument), she designed her own signature instrument called […]

In the series premiere, Eric is “Comin’ in Hot” with Jo Koy. They talk about living in gratitude, empty-nest syndrome, what it’s like to open for a beast comic, and more. All music in this episode was written, produced and performed by by Eric Schwartz. To support Podcast: The Musical, please subscribe, share or Venmo […]

TEST YOUR MONIAL… LEAVE A TESTIMONIAL!