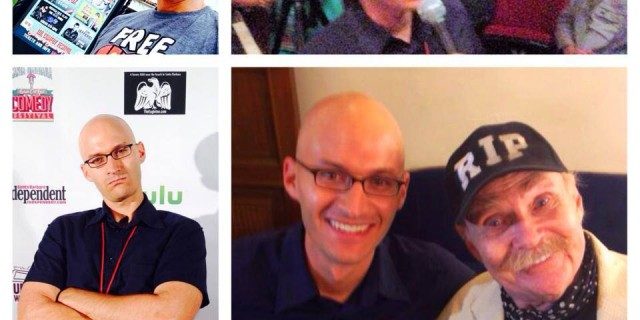 Day one of my experience at the Santa Barbara LOL Comedy Festival was a huge success!  See for yourself:  I ended up in Rip Taylor’s hair.  First goal, accomplished.  It was like borrowing Superman’s cape.

Rip kicked off the festivities at the Arlington Theatre on State Street screening his new documentary, “Rip Rip Hooray.”  It was hilarious, historical and heart wrenching all in one.  Rip came from some extremely nightmarish conditions only to become one of the most iconic and steadily working comedians of all time.  It made me think twice about complaining about any kind of disadvantages I may think I have.  If Rip could

The doc was followed by an audience Q and A.  I asked Rip, “After working so long and giving so much joy to the public, what has he been able to take away from it?”  Without hesitation, he responded, “Cash! Lots and lots of cash.”

So much for soul searching.

Three cheers for Rip on the release of his film, “Rip Rip Hooray.” 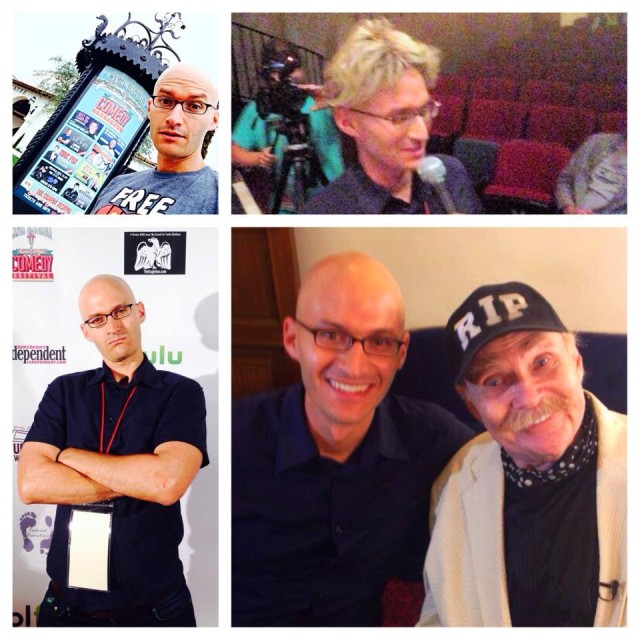