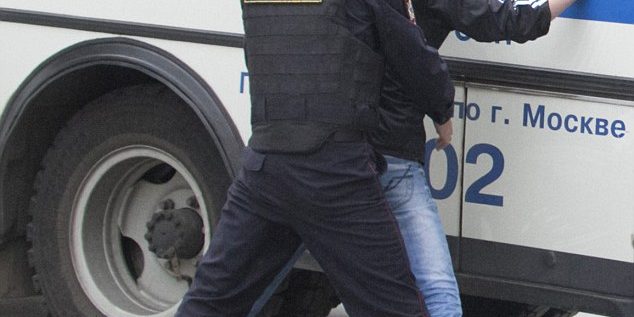 MOSCOW – After dismantling of the Steve Jobs monument in St. Petersburg in response to current Apple CEO Tim Cook coming out as gay, Russian officials announced Wednesday they will expand their anti-gay policy. 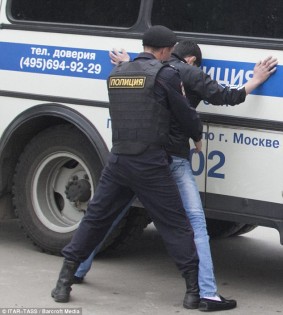 Public outcry was ignored as Chernobyl divulged plans to destroy the Kremlin after records revealed a homosexual hammersmith had worked extensively on the foyer in 1485.

The Trans-Siberian Railroad, Red Square and St. Catherine’s Cathedral will meet similar fates due to 100-percent probability a gay person had made contact at some point.

“Don’t even get me started on the Hermitage,” Chernobyl chuckled about the famed, now doomed, museum. “Do you realize how many artists are gay?”

Lake Baikal, the world’s oldest and deepest lake, will be drained just in case a homosexual had ever frolicked in its waters.  Once refilled, it will be renamed “Lake Straight-kal,” to erase any inference to acquatic bisexuality.

In a selfless act of solidarity, President Vladimir Putin has agreed to chop off his own arms, realizing they are tainted from shaking President Obama’s hand after the US President met with gays–most notably, Cook himself.  Putin then recognized removing the second arm would be impossible since he’d only have one arm at that point.  Fortunately, he accepted Chernobyl’s offer to help in severing the other limb.  But, “no homo.”

Even Russian meteorologists are bracing for the next rainstorm, where Chernobyl says rainbows will be outlawed in a “symbolic attempt to stop the natural beauty of love.”

Apple Senior PR Manager Jonathan Miller says he is “surprised by Russia’s archaic ideas” and fully supports Cook on his decision to make his sexuality public.  He invites Russians to open their minds to the company’s slogan: