The web has exploded with Drake memes after he dropped his smash hit, “Hotline Bling.”  This inspired me to dig deeper into the history of the phenomenon.  I discovered booty call technology has come a long way in “History of Hotline Bling.” FREE MP3!

RecordBreakerz set World Record for Most Name Drops in a Live Freestyle!

RecordBreakerz Zach Selwyn, Mike Phirman and myself set a RecordSetter.com-verified world record for Most Name Drops in a Live Freestyle!  Watch us rap all 70 names in front of RecordSetter adjudicator Dan Rollman to make musical comedy history. What record should ... Read More » 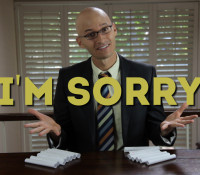 Each year, Jews atone for their sins on Yom Kippur.  Inspired by Jimmy Fallon’s “Thank You Notes,” I apologize to those I’ve wronged in order to create a clean page in the Book of Life.  If you don’t like this ... Read More » 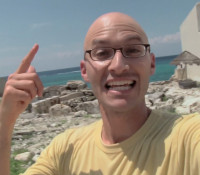 Not only is this an amazing lineup of musical comedians, but your name will be immortalized in history as RecordBreakerz: Champions of Musical Comedy attempt to break the record for Most Name Drops in a Live Freestyle at the Comedy Store ... Read More » 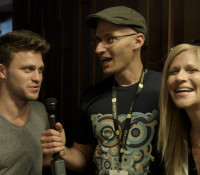 I had the pleasure of interviewing SNL’s newest cast member, Jon Rudnitsky, and his inseperable mom, Linda, at Montreal Just For Laughs 2015.  This was just weeks before before Saturday Night Live told him he got the gig, validating ... Read More » 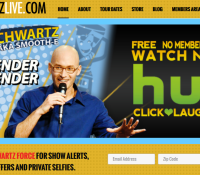 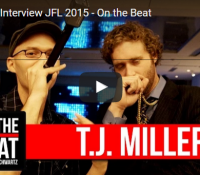 I go toe to toe with Silicon Valley star T.J. Miller and we both end up with athlete’s feet. 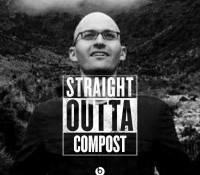 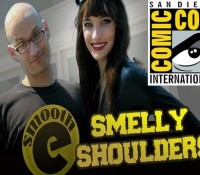 Check out my nerdcore hip hop song about the ladies of Comic Con and the men who love them. “Smelly Shoulders” Free mp3 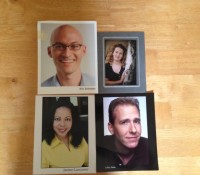 Our first Hollywood show in RecordBreakerz was a huge success.  Myself, Bushwalla, J. Chris Newberg, Josh Adam Meyers, Jeff Richards and Melissa Villaseñor played to a packed and pumped house. We were attempting to set the record for Most ... Read More »